With Thankful Hearts: A Brief History of WSUMC

With thankful hearts we lift our song, Our service, Lord, we freely give,
For your sustaining gift of love, That peace and joy may fill our lives,
In joyful strains we praise you, God, In faith and hope, we preach your word,
For your redeeming gift of life. So all the world may know your love.

With your amazing love, God,
You give us hope of Jubilee.
In grace, oh Lord, with boundless love,
You offer us eternal life. 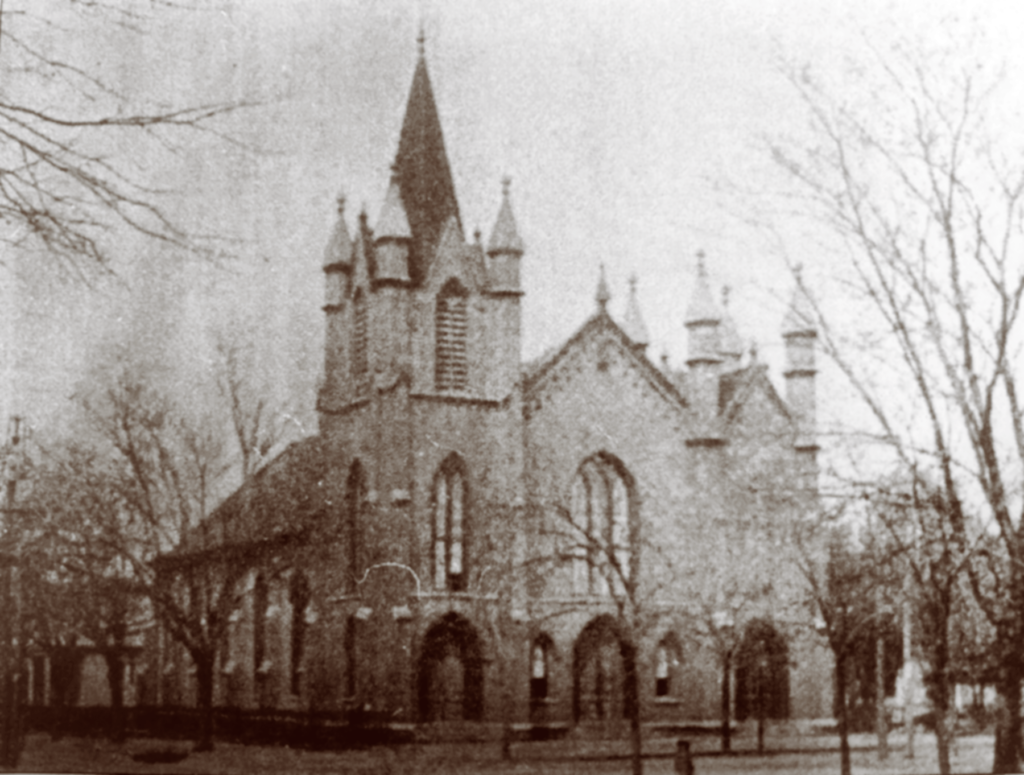 With thankful hearts, Washington Street United Methodist Church celebrated its bicentennial year in 2003. Alex Raley’s words set to Gordon (Dick) Goodwin’s music express our thanksgiving and praise to God for 200 years of service to Columbia, to South Carolina, to our nation, and to the world.

Ten days before Christmas in 1803, John Harper and a small number of Methodists in Columbia decided to build a church on the corner of Washington and Marion streets. The following year, a church building was erected on this holy ground, and congregations have been worshiping and ministering here ever since.

The first building was a plain wooden structure, which was completed in 1804. That building stood where the present sanctuary stands today. It was the first church building to be constructed in Columbia. Because of this honor, Washington Street Church claims to be the oldest continuous congregation in Columbia. And because several Methodist churches have sprung from its founding, Washington Street has been called the “Mother Church” of Methodism in Columbia. Its early history is associated with the names of John Wesley and Francis Asbury. The Reverend John Harper, the founder of the church, was ordained by John Wesley, and Bishop Francis Asbury visited and shepherded the young congregation until his death in 1815.

A young William Capers was appointed pastor of Washington Street Church in 1818. Capers served the church well in its early days. He was reappointed to Washington Street Church in 1831, 1835, and 1846 and was consecrated bishop in 1846. He was one of the great preachers of his generation. In 1829, at the urging of Charles Cotesworth Pinckney, a prominent planter, Capers founded the Methodist Episcopal Church’s mission to slaves and served as the mission’s first superintendent. He was one of four Washington Street pastors to become a bishop. Much beloved, he lies buried beneath the altar of the sanctuary. 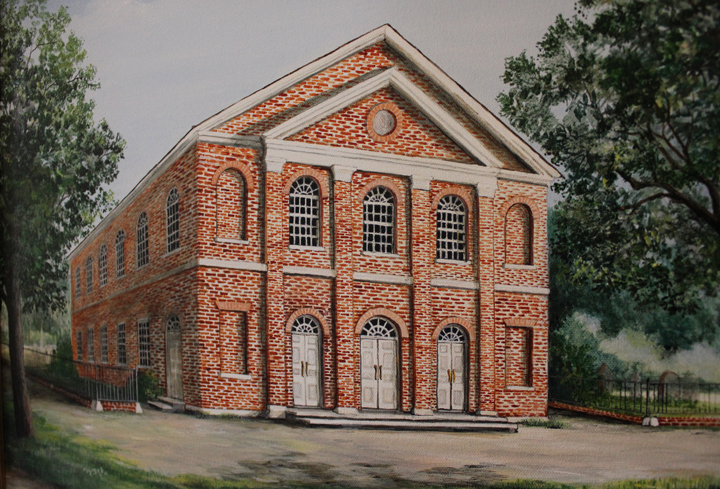 Twenty-seven years after the first small church was built, a wave of religious enthusiasm dictated the need for a larger building to accommodate the crowds attending services. The cornerstone for a substantial brick building was laid at the same site as the previous smaller church on June 14, 1831. That building was destroyed by fire on February 17 -18, 1865, when the troops of General William T. Sherman captured and burned Columbia. According to legend, the Union troops were looking for the First Baptist Church, the original site of the secession convention and were directed to Washington Street Church by the Baptist sexton. A small, temporary church with a seating capacity of 400 was constructed in 1866 from brick salvaged from the burned church.

The Reverend William Martin, who once served as a pastor of Washington Street Church and whose family played an important role in the city of Columbia during and after the Civil War, traveled throughout the South and in the North as far as Philadelphia, New York, and Buffalo, telling Washington Street’s story and soliciting funds for its rebuilding. The fourth building, an impressive edifice of Gothic Revival design was dedicated on June 20, 1875. This building is the one that now stands on the corner of Washington and Marion streets in Columbia.

A compelling feature in the sanctuary is a beautiful stained-glass window with a cross and crown motif, a memorial to the Reverend William Martin. That window was placed in an alcove high above the pulpit in 1900. Another beautiful window portraying Christ in the Temple is located in the Leavitt Choir Room, formerly part of the 1901 Sunday school building. Windows depicting the life of Christ with no human figures line the walls of the sanctuary. These windows were dedicated on Easter Sunday, 1914.

Music for services is provided by a magnificent Skinner organ located in the choir loft. This instrument was obtained through the efforts of D.A. Pressley, a long-time organist, and director of music. The organ was completed in February 1922.

Several additions have been made to the church building over the years. A Sunday school building was added in 1928, and the cornerstone for another expansion was laid on June 28, 1959. The latter facility includes Christ Chapel, Threatt Fellowship Hall, and a kitchen. Christ Chapel was dedicated during Holy Week of 1960. The windows of Christ Chapel depict the life of Christ, his humanity, and his divinity. The Rose Window on the back wall contains the “I am” sayings from the Book of John. Panels by Jean McWhorter depict the church year. The lovely Christ Chapel courtyard was started in 1997 and dedicated in 1998. The courtyard contains several significant plantings: variegated Elaeagnus from John Wesley’s London Chapel, ivy from the Wesley parsonage at Epworth, and ten miniature boxwoods from the original stock planted at George Washington’s home at Mount Vernon in 1798.

The courtyard between the education building and the sanctuary was renovated during 2003 and was dedicated in 2004. The courtyard is a memorial garden and contains a columbarium with 36 niches for the interment of cremated remains. Graves in this garden go back to the early 1800s and are a testament to the antiquity of the church. In the garden is the tombstone of William Maxwell Martin, the son of the Rev. William Martin. Many historical accounts claim that he was the first casualty of the Civil War. The tombstone appears to be broken, but actually, it was left “unfinished,” symbolizing his death at an early age. A fragment of stone is mounted on the wall. This fragment is part of a tablet that was placed in the church in 1857 along with two other memorial tablets and is part of the Rev. William M. Kennedy’s tablet. It is all that was left after the burning of the church in February 1865.

A Children’s Library opened on the second floor of the education building on May 21, 2000, to provide children with books and other reading materials that are educationally and theologically sound. There are over 1200 books that are currently available in the library. A stained glass window shows Jesus with the little children. It was given in honor of Nan Self, who has dedicated her life to the education of children, both in public school and at Washington Street. A second window was also dedicated to Mrs. Self in 2011. The animal furniture, along with other children-related items, adds to the ambiance of the room.

The McDonald Library was recently moved to the second floor. This library supports the educational programs of the church. The collection contains books on theology, Bible study, philosophy and ethics, church history, and biographies of famous theologians and other religious persons.

At the suggestion of the pastor, Dr. James Barrett, a sign at the entrance to the church designating the pastor was changed to “The Congregation Ministers Here.” That sign reflects the many mission activities at Washington Street United Methodist Church

Washington Street Church has been served by a succession of outstanding ministers including four bishops: James O. Andrew, William Capers, A. Coke Smith, and J. O. Smith. Over the years, the clergy and lay members have pioneered in the fields of Christian education, missions, and social service. For all these years, the congregation and the pastors have indeed joined hands with thankful hearts for Christian ministry. 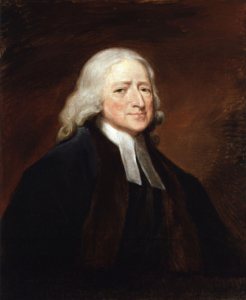 Through the years, many have served this historic church. Here is a list of those who have served Washington Street since its inception,