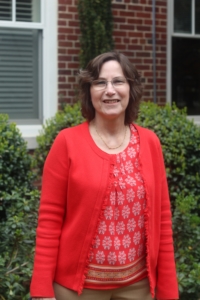 Patricia Jean Parrish was ordained a Deacon in 1981 and ordained an Elder in 1985.  She was educated at Spartanburg Methodist College, Winthrop University and graduated from Candler School of Theology, Emory University in 1982.  She is married to The Reverend Gary D. Phillips who serves Salem United Methodist Church, Irmo.  They have one daughter, Rebekah Phillips Tozer, who is a social worker in Charleston, SC.  Reverend Parrish has served appointments in the South Carolina Conference since 1982 and came to Washington Street from Charleston where she served as the District Superintendent for eight years.